So glad to report that Rep. Bob Ramsey is progressing from the extensive rotator cuff shoulder surgery he had just before session.  He a graduated to a more simple sling-type device.  Rep. Tim Rudd is improving, but he still has a long road ahead of him to recover from his burns and the skin graph surgery.  Rep. Jeremy Faison is doing very well recuperating from the surgery on the head wound he suffered recently when he was in a serious car wreck. You will want to continue to pray for these three men and to pray for the all the legislators and the legislative session as it really heats up with many bills now in motion.

HALEY'S CORNER:
This Tuesday began as I eagerly took a seat in House Hearing Room 1. We all sat there awaiting the fate of HB0077 devotedly sponsored by Van Huss as a very heated, intense debate began. The majority of the opposition’s ”concerns” were.expressed using made up scenarios and scripts. I must say it was extremely repulsive and disturbing to hear certain legislators attempting to justify the murder of innocent babies as Planned Parenthood cheered and clapped. However, I was thrilled to hear Rep. Matthew Hill speak up and give a heartfelt overview of the FACTS! Rep. Hill said, “To think that we have gotten to a place, Mr. Chairman, where we are having a debate about which life has more value, which life is more important, which life is better than another life is sick. It is absolutely sick and twisted. All, all lives matter. All.” I was absolutely impressed by his statements, and the statements of a few others including Rep. Jerry Sexton and Rep. Sabi 'Doc' Kumar. To conclude, today was a day of anticipation, and it was so exhilarating to be there as HB0077 passed 15-4.

JAIMIE'S CORNER:
I think it’s beautiful when you meet people who are passionate and come to the capitol for no other reason than to be a voice for what they believe in. On Wednesday, I had the privilege to meet two amazing people representing the National Decency Coalition. They are currently working on a resolution to usher strong and constitutional solutions to children’s instant access to internet pornography. What was amazing about these people is that they are raising awareness about the issue not only in the legislator, but also in schools and churches. They are equipping parents with tools to prevent their children from being exposed to indecent materials. As these people show, anybody can take a stand for what they believe in and can take immediate action to battle against ills that are plaguing our country.

SO HAPPY TO FINALLY ANNOUNCE that the bill we have been working on since before Christmas will be in Senate Judiciary on Tuesday!! 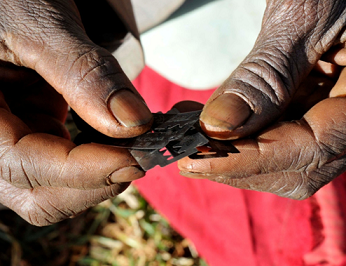 NOTE:  In 1996, Sen. Thelma Harper (D) and Rep. Lois DeBerry (D) passed the state's first FGM bill, criminalizing the act, way before most of us (including me) had ever heard of FGM. I would love to know the back story there.
Since that time there have been a couple of additional bills passed in TN that expand the law and require better reporting.

The CDC found that approximately 513,000 women and girls in the United States were at risk for FGM/C or its consequences in 2012, which was more than three times higher than the earlier estimate, based on 1990 data.

The CDC report and the fact that the federal law was recently struck down makes it all the more important for states to act and make their laws as strong as possible: Genital mutilation must be banned - A long-standing U.S. ban on the practice was struck down . SB1166-HB1364 will do just that. You can read the Bill Summary here.

Ohio passed a strong bill the end of last year; North Carolina, Minnesota, Idaho, Arkansas and South Carolina are joining Tennessee this year in running bills to provide protection for these at risk girls.

As you can see we have been blessed to see a large number of legislators sign-on to become co-sponsors of this important legislation [more names are coming].

STATUS:  SB 1166 is scheduled in Senate Judiciary on Tuesday afternoon.
ACTION:  Would you please contact these three members of that committee and urge them to support this very important legislation which will be one of the strongest bills in the nation:

LEGALIZING BINGO:
HJR0102 by Griffey.
Constitutional Amendments - Proposes an amendment to Article XI, Section 5 of the Constitution of Tennessee, to allow for bingo games conducted by 501(c)(3) or 501(c)(19) organizations to meet a charitable, not for profit, or community service purpose.
NOTE:  Tennessee HAD bingo years ago and then came Operation Rocky Top in 1989, where legislators went to jail; two targets committed suicide, 50 people were convicted; several politicians were incarcerated including the Majority Leader of the House. I don't think this is a place we need to go again.
STATUS:  I am so happy to report that on Wednesday this resolution FAILED in the Departments & Agencies Subcommittee of House State Committee.

POTENTIAL FOR ILLEGALS TO VOTE?:
SB 0090 by *Akbari, (HB 0133)by *Love
Election Laws - As introduced, authorizes the use of a driver license from another state to establish a person's identity for the purposes of being issued a photo identification license by the department of safety for the purposes of voting.

DID YOU KNOW:  As of December 2018, twelve states allow illegal aliens to procure driver licenses. In some of those states, the law indicates that the license cannot be used as identification or for voting in federal elections. However, this Tennessee bill seems to be worded in a way to ignore those restrictions and allow the license from the other state to operate as a gateway document to procure valid voting ID in Tennessee.
STATUS: HB133 is scheduled in the Elections & Campaign Finance Subcommittee for 3/6/2019.
ACTION:  PLEASE click on the committee link above and contact the members and URGE them to DEFEAT this bill.

SB 1407 by *Bell, (HB 0658) by *Curcio
Law Enforcement - As introduced, limits the authority of a community oversight board to the review and consideration of matters reported to it and the issuance of advisory reports and recommendations to agencies involved in public safety and the administration of justice
STATUS: On Wednesday, HB658 passed the House Judiciary Committee 13-6 and was sent to Calendar and Rules:
Reps. voting aye were: Carter, Curcio, Daniel, Eldridge, Garrett, Griffey, Hulsey, Johnson C, Lamberth, Littleton, Rudder, Sanderson, Van Huss -- 13. Reps. voting no were: Beck, Camper, Mitchell, Parkinson, Potts, Towns -- 6.
SB1407 is scheduled in Senate Judiciary Committee 3/5/2019.
ACTION: You can click on the Committee link and urge the members to vote YES on SB1407.


OTHER NEWS OF NOTE:

TN Gov. Bill Lee to deliver State of the State on Monday .

Tennessee Democrats are conflicted on abortion. Why this House leader is crossing the state to talk about it .