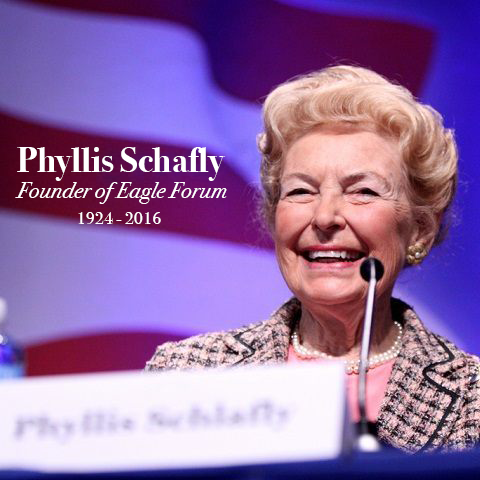 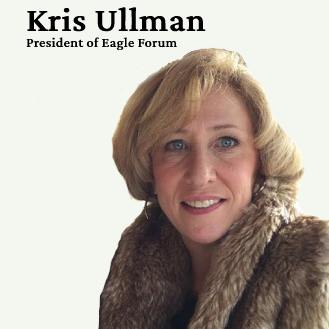 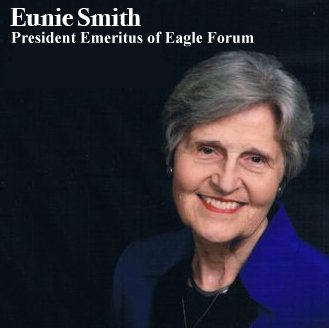 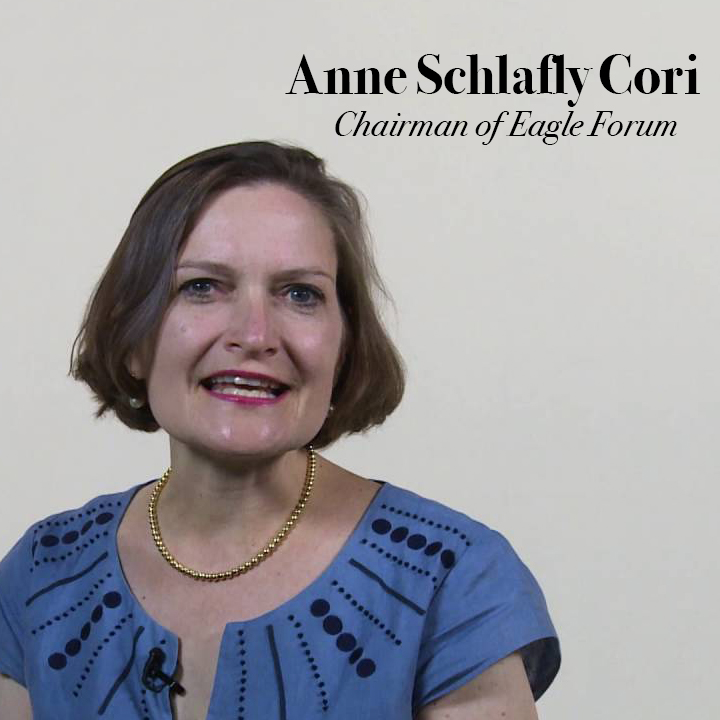 Eagle Forum's Mission is to enable conservative and pro-family men and women to participate in the process of self-government and public-policy making so that America will continue to be a land of individual liberty, respect for family integrity, public and private virtue, and private enterprise.

"Eagle Forum has set a high standard of volunteer participation in the political and legislative process... You've been out front on so many of the most important issues of our time... Your work is an example to all those who would struggle for an America that is prosperous and free... Our nation needs the kind of dedicated and individual volunteer service you and Eagle Forum have demonstrated over the last 20 years." Former President Ronald Reagan

"But they that wait upon the LORD shall renew their strength; they shall mount up with wings as eagles; they shall run, and not be weary; and they shall walk, and not faint."  - Isaiah 40:31

You cannot help the poor by destroying the rich.
You cannot strengthen the weak by weakening the strong.
You cannot bring about prosperity by discouraging thrift.
You cannot lift the wage earner up by pulling the wage payer down.
You cannot further the brotherhood of man by inciting class hatred.
You cannot build character and courage by taking away men's initiative and independence.
You cannot help men permanently by doing for them, what they could and should do for themselves. 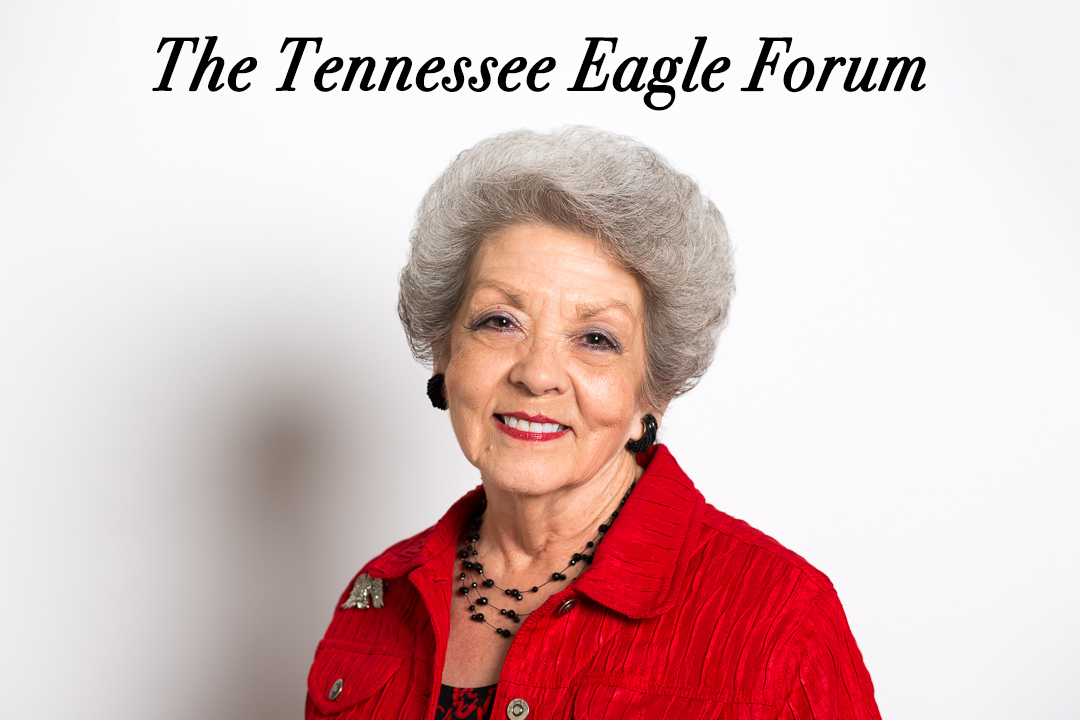 Bobbie Patray has been the President of the Tennessee Chapter of the Eagle Forum and lobbyist at the State Capitol since 1987.

Bobbie's Life Verse: "For I know the plans I have for you," declares the LORD, "plans to prosper you and not to harm you, plans to give you hope and a future." Jeremiah 29:11

Bobbie was born in Goodlettsville, TN, in August of 1940. Her Dad, Charles Oakes, was a manager for McClellan's Dime Stores who traveled around setting up and opening new stores, which meant that she lived in six states and sixteen towns before she started school. During those pre-school years she did some professional performing and stage plays.

Future husband, Ron Patray, was a senior when Bobbie was a freshman at Bradford. When she was a senior, Ron returned from an overseas stint with the Air Force and they started dating. Bobbie attended one semester at Florida State University then returned to Starke where she and Ron were married February 28, 1959.

After working about 18 months Ron started school at the University of Florida where Bobbie worked to put him through BS degree in Electrical Engineering ('64) and a Master's Degree ('65).

After graduation they moved to Huntsville, AL where Ron took a job with IBM at the height of the space program and where daughter Sherri came along.

The family was very involved in the life of the church, teaching Sunday school, singing in the choir, studying sign language, etc.

It was in the mid-1970s that the wife of the principal at the Christian school where Sherri attended gave Bobbie some materials to read. They were about the proposed Equal Rights Amendment to the Constitution. That opened the door to a world that had been completely foreign to Bobbie's experience and background “ the world of politics and public policy.

The Patray family arrived in Nashville in August of 1986, where Bobbie became President of Tennessee Eagle Forum and started at the Capitol in early 1987 as a full-time lobbyist. She has served on a number of boards, committees, and organizations promoting pro-life, pro-family public policies and has received some awards along the way.

God used the casual act of a friend to change Bobbie's life. He took someone with no political background, education, experience or training and planted into her heart a passion for and commitment to promoting and defending Biblical principles in the market place of ideas while working to pass conservative legislation and public policies.
Bobbie feels so honored and blessed to do what she does and is more excited and passionate about this work than she was 40 years ago when she started.

The Scriptures God gave as a basis for what became Bobbie's life's work:

Nehemiah 4:14 "Don't be afraid of them. Remember the Lord, who is great and awesome, and fight for your brothers, your sons and your daughters, your wives and your homes."

2 Chronicles 14:11  "LORD , there is no one like you to help the powerless against the mighty. Help us, O LORD our God, for we rely on you, and in your name we have come against this vast army. O LORD , you are our God; do not let man prevail against you."

and there is company coming

and I can't leave the kids,

and you know there's no one

to take my place."

And He said, "You're stalling."

And I said, "Listen, I'm not the kind of person to get involved in controversy.

Besides, my family won't like it." And He said, "Baloney."

And yet a third time the Lord said, "Go!"

And I said, "Look, I'm scared. People are going to hate me, and cut me into little pieces and I can't take it all by myself."